Our family are big time reality television junkies and one of our family's favorite shows is American Ninja Warrior. In April, Steven, Hannah, and I went to the Los Angeles taping and loved it. So when the tickets became available for the National Finals in Las Vegas, I jumped at the chance for tickets!!


I have lived my entire life in Southern California, about 3 1/2 hours from Las Vegas, and HAD never been until this last June!! I've half jokingly suggested Vegas as a get away for Steven and I over the years and he's never liked that idea because he hates Vegas, or he did over 20 years ago when he last went. I've always wanted to go.

It happened that Steven would be in London for business the week of the Finals and would not be able to go, but that didn't stop us girls! I love road trips and had no problem going just the three of us.

Our tickets were for 8:00pm on a Thursday night. Because I wanted to make the most of our time and see all I could see, we left our house at 6:00am. We made it to Vegas by 9:30am and for the next 6 hours, we walked half the strip, in and out of all the big hotels and shops and malls. 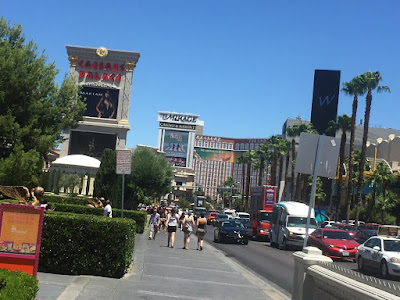 I ABSOLUTELY LOVED IT!!! I love Vegas, I love the glitz, the lights, the big hotels, the big gaming tables in the casinos, all of it. I would go back in a heart beat!!! 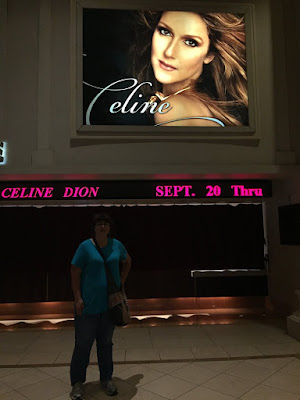 Mind you, I know that this is "Sin City" and there is a lot of improper stuff going on around there. I was warned about literature that we'd see or try to be handed and I was warned of the street walkers. But I gave my girls the lecture ahead of time about staying close, not accepting ANYTHING from anyone, and to listen to me. And let me tell you, our experience was absolutely pleasant!! We saw nothing inappropriate, was given nothing, and were not bothered in any shape or form. It might have helped that we did not walk The Strip after dark, but we had no problems in broad daylight. 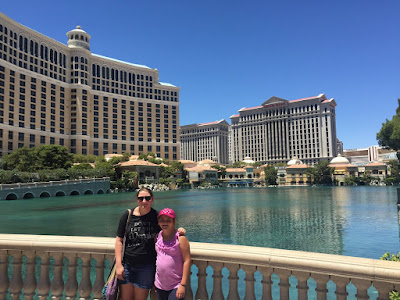 We checked into our hotel about 4:00 and freshened up before heading out to where we needed to be for American Ninja Warrior. The ANW experience itself wasn't successful, we stood in a line for over two hours before obtaining a wristband that sat us where we absolutely could not see anything. And because so few of people had made it past Stage 1 (the night before) there was a slim chance that anyone would even make it to where we were seated (Stage 4). So we left shortly after 11:00pm. We went back to our hotel and got Starbucks at one of the three locations in our hotel, and then went for a drive down The Strip to see the lights and glitz of the night! 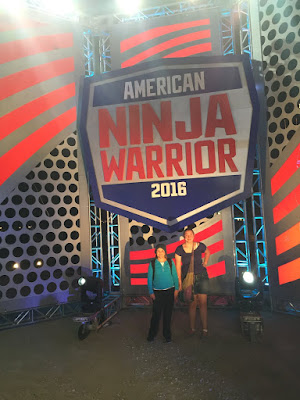 The next day we got up and did the other half of The Strip, exploring some more hotels and shops, etc. before heading for home mid afternoon. While I wouldn't try for tickets for ANW Finals again, I would definitely go back to Vegas without any hesitation! It was a great start to our summer vacation adventures for the girls and I!
at August 30, 2016