One of the big events here in Southern California this past weekend was the return of Garth Brooks touring. It's been 20 years since he last toured and he was in Anaheim for the last 3 nights. My Facebook newsfeed had several friends posting pictures of themselves at the concert on Saturday night. 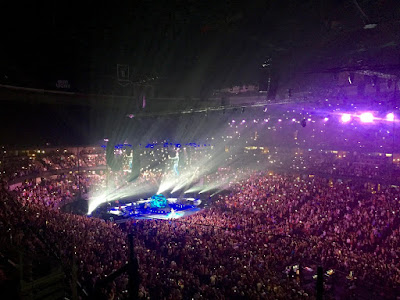 Yesterday morning before church started my friend texted, said she had a ticket to that night's concert, her husband did not want to go, the ticket was mine if I wanted to go with her. Um, yeah!!!! This is Garth Brooks returning World Tour after not touring for 20 years. What a concert!!! One things for sure, Garth puts on an amazing concert! Once he finally graced the stage at 9:20pm, he sang until midnight!!! With the exception of 4 songs by Trisha Yearwood in the middle of his set. 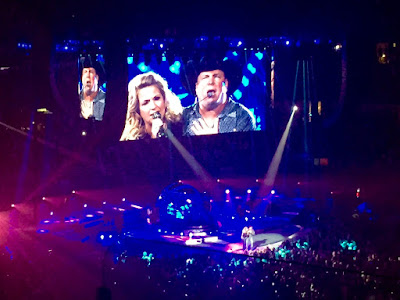 I cannot remember the last time I went to a Country Concert. I'm thinking before Hannah was born. I've seen Randy Travis a couple of times at our old church, but that wasn't a true concert. I had a GREAT time and I forgot how much fun a country concert can be and how much I enjoy the good old country music of years past!!!