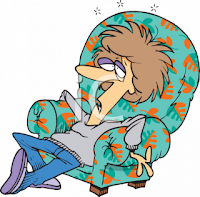 I'm not sure anyone could be more happier than I am that today is the end of the week and the weekend is upon us.

This week has probably been one of the busiest weeks in my grown up life. LOL. Yesterday when I was grocery shopping I felt as though I could have just sat right down in the canned good aisle and have a good cry, that's how exhausted I am.

On Tuesday, when I left here to take the girls to school, we did not return until twelve and a half hours later. I had Bible Study that morning, a PTA meeting, following by a parent meeting for 6th grade Science Camp. Which may not sound like a lot. But a lot of preparation work goes into my PTA meetings, and for the Science Camp, I am one of two Moms who are heading up the fundraiser, which has had me busy as well. Last weekend, I counted out 5500 raffle tickets and divided into 100 envelopes and stapled and sorted packets for the meeting Tuesday night.

It's still the beginning of the school year (even though we've been in school almost 2 months), and things are still getting going. We've had school wide fundraisers, PTA membership drive, planning meetings for the upcoming Red Ribbon Week and the first ever Family Country Hoedown! Lots going on, especially this last week. In a few weeks, the fundraiser orders will arrive and then we'll kick off our Christmas Sees Candies fundraiser, and then officially be in the final months of 2011 and the holidays will be upon us.
at September 23, 2011