How Quickly Life Can Change 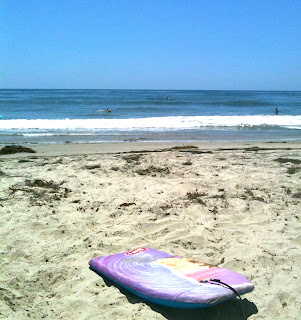 Last week, I learned that a little girl who was in Rachel's class last year had lost her Daddy unexpectedly. He had died the Thursday before, due to a massive heart attack.

As I learned more details throughout the week, I learned that the morning he died, he had actually gone to Urgent Care with chest pains, they sent him home with an aspirin and never batted an eye any further than that. No EKG. No blood work. At the end of the day, he suffered a massive heart attack in the midst of his seven year old daughter.

I didn't know the man other than the fact he was "Lindsey's Dad". Every day last school year he would walk hand in hand with her in to the playground, and stand with her until the bell rang. Always smiling, always the example of a loving father.

Since school started this year, the girls and I have been walking in with Lindsey and her Mommy. Always nicely put together, on her way to work, a beautiful woman, on the outside and the inside. This last week my heart has been so heavy for her. In my thoughts and prayers. I could barely hold it together when I offered her my condolences last week when I found out.

Her life is forever changed...

Her kids lives are forever changed, as well.

It really struck me this week just how quickly life can change. Who would have thought that at as the sun rose and the day began on August 11, that by the end of the day, her husband, and their Daddy would be forever gone. Thankfully, this is a believing family, and they have that hope of seeing him someday again in heaven...