The End of an Era

I feel like some events from today mark the ending of an era. LOL.

Yesterday, I cleaned out our master bedroom walk in closet. Buried in the way back was our pack n play. I texted a friend whose daughter will be visiting this week with her newborn and I offered her the pack n play for keeps. She came and picked it up this morning.

We got the pack n play as a baby shower present when we were pregnant with Hannah. We used it with her. We used it with my niece McKenzie when she came to sleepover, and we used it with Rachel. There's no more babies coming up the ranks and thus it was beyond time to get rid of it! So long pack n play, you've served us well and now it's time for you to cradle new babies! 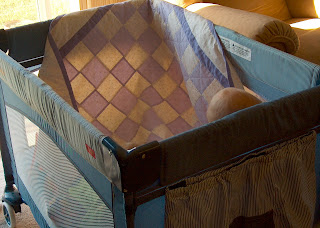 The blonde headed baby is my niece, McKenzie.

Rachel, just days old, in the pack n play.
The other event that marked the end of an era, was my listing our Little Tikes Victorian Kitchen on Craigslist. We originally bought the kitchen for Hannah's 2nd birthday. It served it's time with her and then it was passed on to Rachel. And while it's been a year or two since Rachel has seriously played with it, it's just been sitting in Rachel's room, often times becoming the collect all for toys not wanting to be put away in their proper places, clothes stacked atop to be put away, etc, etc.

Last week, I had the girls clean the dust off the kitchen with wipes as I laid out all the dishes and food and took pictures, ultimately listing it on Craigslist to sell. 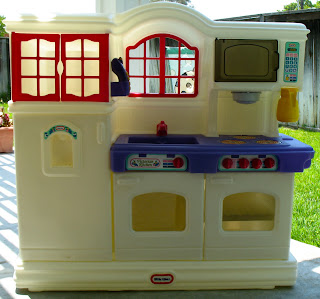 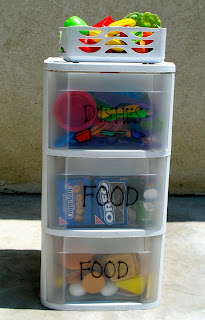 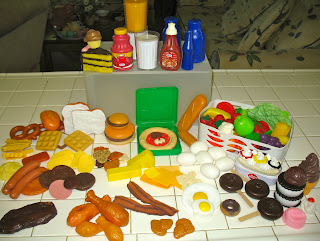 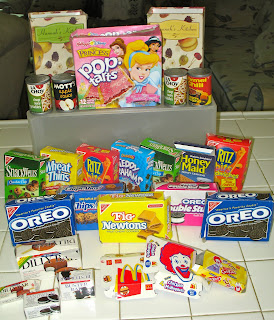 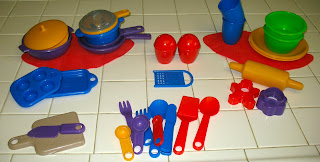 Today, I was contacted by someone who was interested. And within a few hours, the kitchen was packed up in my van and delivered to its new owners. A new little girl who'll get hours and hours of play out of it. And thus, ending another era in our household.

It's all kinda sad. But nice at the same time to get things out of here that aren't being used any longer.
at June 21, 2011

I understand the bittersweet emotions. Every time we get rid of something that has become "too babyish" for our kids, it's hard....but exciting at the same time! :)