As I was listening to the local radio station recently, a few Christmas songs played back to back got me thinking about how your Christmas List changes as you get older.

In the Christmas song, "Santa Baby" Eartha Kitt sings of wanting a sable, a duplex, and a ring.

Everyone having a friend and no more wars are the things wished for in the song "Grown Up Christmas List".

While the list has never made it into a song, how about the things that a homeowner would want?!? LOL. There's been so many things that have broke or on the brink of, in our home that I jokingly (well, only half jokingly) said recently that I'd take the following for Christmas:

* a new kitchen faucet - it broke a few months back and I had to put that note on the backsplash to remind me the handle is broke and flies off when too much force is exhibited when turning it on. LOL. 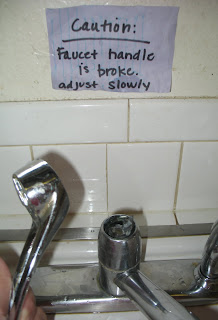 * a new dishwasher - Somethings changed in our water in recent months and the dishes in the dishwasher are being left with white rings and a white film about them. But at the same time our dishwasher is just plain nasty. The prongs inside are all rusting and breaking off and it's LOUD!

* Some patching up of the hole in the wall - Months ago, when we were being having a termite inspection, Mr. Bug Man pointed out to Steven that the wall in the corner of our family room, the wall that our master bath shower shares, was wet. Steven ended up cutting a hole in the dry wall and to make a long story short, the caulking had to be redone in our master shower. Praise the Lord it was just that and not something real major. And while this hole is an eye sore, it's hidden right now behind our Christmas tree, and the rest of the time, it's hidden behind the rockband drums and a ficus tree. But someday it would be nice to have it patched and painted. LOL. 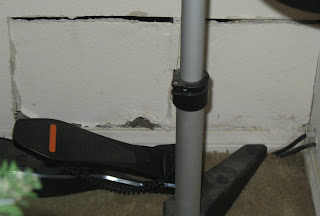 * Twinkling light fixture - off and on for the last couple of years, we've had problems with the light fixture in our master bathroom. Sometimes the light will come on and sometimes it won't. We have the new fixture, we (there's a mouse in my pocket) just need to make the time and find the energy to do it. 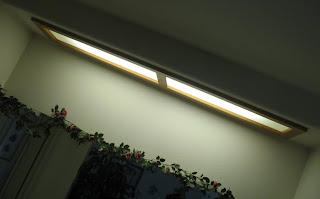 * this next item isn't for the house, but for the car. Still a boring thing to list, but needed none the less. Last week, somewhere on the streets or freeways of Southern California, the plastic piece that goes over one of our van headlights fell off. LOL. So now it's exposed and with all the rain we've been having, it actually caused the light bulb to burn out last night. I need to call Pick a Part or something and see about finding one. 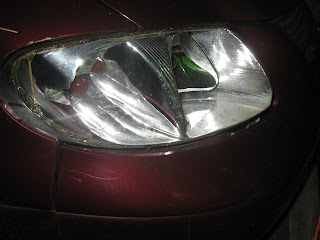 All things very boring, but one things for sure, long gone are the days of asking Santa for a Barbie house, or a new bike, or some other fun childhood thing. LOL.
at December 22, 2010