Last night, we as a family, went to see Annie the musical. It's currently touring the nation and this week, it's local. Steven and I have been to broadway productions, but the girls never have.

I found these amazing dresses at the Goodwill. LOL. My Mom washed them and she concurred that these were indeed of good quality, etc. They washed up just beautifully. The girls were so excited to put them on and do their hair, Hannah wore lip gloss, and I sprayed the girls with gold glitter spray. Going to a broadway play is a fancy deal, ya know! 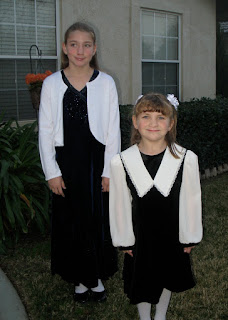 We went to a nice place for dinner. Rachel laid her sleeve in ketchup, and Hannah dripped Ranch dressing down the front of her. You know what they say..."You can dress em up, but can't take em anywhere."LOL. Our meals were great and then it was off to The Fox Performing Arts Center. 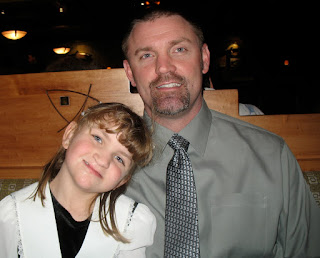 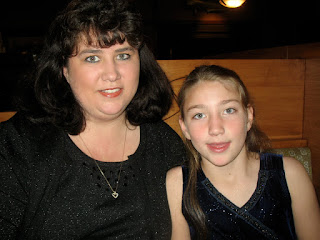 It was rather exciting to be driving towards the theater and see the big strobing lights in the sky bringing attention to the fact that something special was going on. 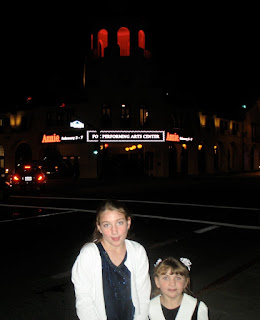 There were a lot of older people and quite a few families. Steven and I were impressed that more people were dressed up here than we'd ever seen before when we've gone to The Pantages, in Hollywood. We were also surprised at how many people come late! 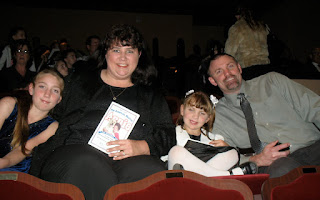 The show was about two ad a half hours long with an intermission. The girls were perfect! They sat still and stayed awake for the entire show (they normally go to bed when the show started) and had lots of things to say about it after wards.

The production itself was awesome! The little girls can sure sing! And Miss Hannigan is a hoot!!! It most definitely was a great family experience and will more than likely go back again to family orientated productions.
at February 04, 2010

sounds like a great family night! I love going to see play productions. i wish more people dressed up, i love that part. :)