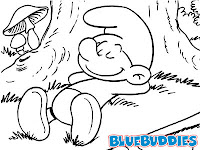 Ah, such is the life.

Today was spent doing absolutely nothing, at least not anything that involved being off the couch. We spent the entire day being lazy and doing nothing and watching television all day long. :::gasp::: Yes, we spent the entire day watching television. We watched Food Network and made ourselves hungry, we've cleared out all the DVD pile of movies we'd gotten for Christmas or in the last month and have watched them all, and we watched television movies that we actually have on DVD. LOL.

Steven was a little more productive than I. He researched cheaper car insurance and researched our homeowners insurance. He might have worked a little bit on the laptop, I'm not sure. But it was all done from the comfort of the couch.

It was a nice way to spend the day for come Monday morning, it's back to the grind of wearing the "Taxi Mom Hat" and getting out the door every morning for school (Wahooo!). Hope everyone else has spent Saturday just the way they wanted to!
at January 03, 2009