Six months ago on this date, Steven and I celebrated our 20th Wedding Anniversary.

Twenty Years. I can't believe it's been twenty years.

On one hand, it hardly seems possible for it to have been that long, and yet on the other hand, it feels like that day was an entirely different lifetime.

The last couple of years we kept saying we were going to go to Hawaii for our 20th anniversary. But as our anniversary got closer, we knew Hawaii wasn't going to happen. But we wanted to do something extra special for our big anniversary.

So we stayed at The Hotel del Coronado!!! It was absolutely wonderful!! While it would have been the icing on the cake to have a room with a full ocean view, this was the view from our room.... 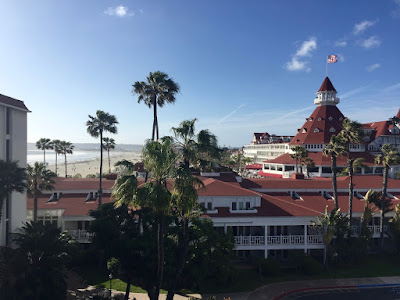 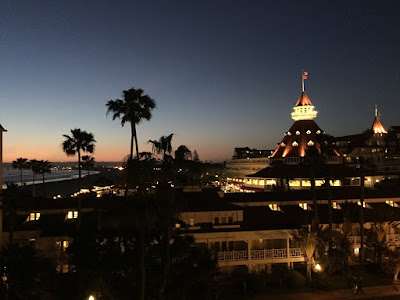 On our actual anniversary, we dressed up and had dinner at one of the hotel restaurants. It was on the patio and we had an amazing view of the sunset and had an amazing evening celebrating. 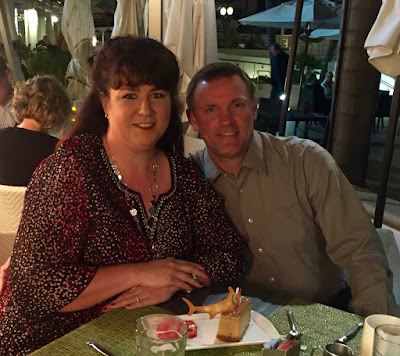