Dressing Modestly. Not a subject often talked about these days. It's certainly something that is becoming more and more less seen in today's society. Billboards. Commercials on TV. Magazine covers. Sales Ads. Are all guilty of not promoting modest dress. 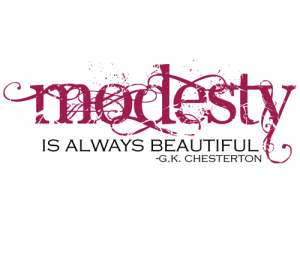 The majority of women, teenage girls included, lack modesty in this day and age. And sadly, a lot of Christian women fall into this category as well.


"I also want the women to dress modestly, with decency and propriety, adorning themselves, not with elaborate hairstyles or gold or pearls or expensive clothes, but with good deeds, appropriate for women who profess to worship God."

We were somewhere recently surrounded by other Believers, where the teens were swimming. The girls were wearing bikinis. Very low cut bikinis. The lack of covering wasn't leaving much to my own imagination, so I know it wasn't leaving much to the imagination of the teen boys that were swimming in the pool with the girls, much less all the single men and married men sitting poolside.

I have two daughters and it is my job as their mother to teach them how and why we need to dress modestly.

Summer time is upon us and when it comes to bathing suits, my girls wear one pieces. Yes, when they were toddlers, they had cute little ruffled two pieces, but that was when they still had some baby chub on them and it was cute. But we're at a stage now where we're trying to teach them modesty, and it's tough, especially when fellow believers don't hold modesty in the same regard.

A couple weeks ago, my Mom and I took the girls to the beach, to escape the Inland Empire heat, and to have a picnic on the beach. We were all set up, chairs, blanket laid out, just chilling and relaxing under the umbrella, when a teenage girl and her boyfriend set up their spot down a ways in front of us. It wasn't long before she was peeling off her clothes, reveling the bikini that laid beneath. The topic of conversation that came next for us, was explaining to Hannah the lack of modesty the young girl exhibited.

I'm not saying that two piece bathing suits are wrong. In fact, Old Navy and a lot of other stores these days sell very cute two pieces that include board shorts and rash guard shirts. Very cute. 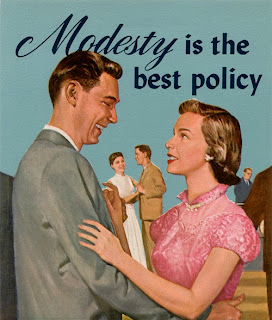 What I am saying is that we as women, especially those of us who claim to love and follow the Lord, need to think about our bathing suits, in fact think about our entire wardrobe, and ask ourselves if the article of clothing might be lacking in modesty, perhaps even displeasing to the Lord.
at July 16, 2011

We have a quote at are house "Modest girls are the Hottest girls" I am a firm believer in this. In our church this has been talked about for years and long before I was born. I have some cool clothing sites if you are ever interested let me know. I hope that more people catch on to this too because I really believe that girls who dress modestly are so much more prettier than those that don't.

I think I once posted about this very thing on my own blog. I'll go find the link & email it to ya.

This is a subject near to my heart!

Hi. My parents agree strongly in modesty. The only part that we have been talking about and discussing a lot is the no jeans. I would love to have your input! Thanks!

My girls wear jeans. But again, they are not tight fitting, not skinny jeans, nor are they low cut in the front or too low in the back. Everything is covered, and stays covered when they bend down or bend over. For myself and my girls, I believe jeans are perfectly fine, with the above mentioned conditions.