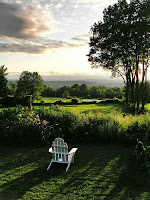 I know a lot of people think Memorial Day kicks off the summer season, the calendar says June 21, but for us, it's when school is finally let out. And while school isn't officially out for us until tomorrow (Monday) at 2:15, this weekend was a great start to our 5 weeks of summer break!

On Saturday, Hannah had a birthday party, cause you know what weekend wouldn't be complete without a birthday party to attend to. LOL. And then late afternoon, my friend and two of her four kids came over for dinner. We had a great evening of fellowship and the kids, including my two nieces had a blast playing well into the evening!

We had so much fun, that we wanted to get together again this afternoon. We planned to go to a new park in the area, but when the temperature read 105, we opted for Plan B - BBQ at our house, and let the kids all have a water war in the backyard to keep cool.

This evening we had our friend over and this time all four of her kids came, and then we had another set of friends and their daughter joined us. We had a GREAT time of good food, good fellowship, and some really good laughs, you know the kind where you laughing so hard, your stomach hurts? Yea, that kind of good laughs. The kids had a blast and had a huge water war complete with squirt bottles, water balloons, and the good ole hose. I think some buckets of water were added to the mix as well.

At any rate, it was a great weekend and a great kick off of long evenings and good gatherings!
at June 28, 2009