It's a Small World

In January 2008, when It's A Small World closed to have it's Christmas displays taken down, the ride didn't open back up until November, when it was once again Christmas. During that time in which the ride was closed, a new flume and boats were installed. There were also some other minor changes done throughout the ride. 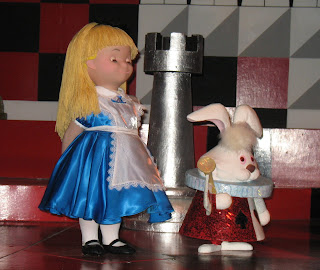 Through the months the ride was closed, a large effort was taking place online to save the "classic" version of Small World, for it had become known that the Disney imagineers were working towards installing Disney characters throughout the ride. It was causing a huge uproar amongst people who wanted to see the ride left as is. Despite online petitions, etc, etc. The ride reopened the beginning of February with the new additions. Not only are there Disney characters placed strategically throughout the ride, but there is an entire new scene! 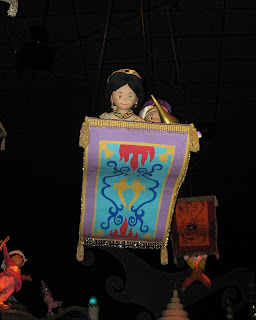 I've seen a video of the new additions online. But have been wanting to check the ride out for myself and get my own impression and opinion of the new ride. Finally, after many attempts whereas the line was too long, Rachel and I got to ride It's A Small World last week, and you know, I LOVE IT! 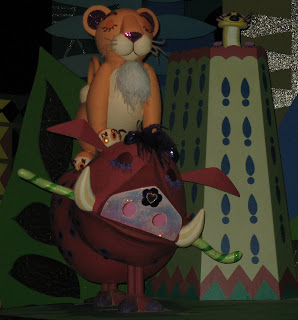 The new version isn't cheesy, like many thought it would be. It was rather fun looking for the new additions, a lot like looking for Hidden Mickeys! The characters were up to the same par as the rest of the animatronics and design. I think they make a great addition to a classic ride. 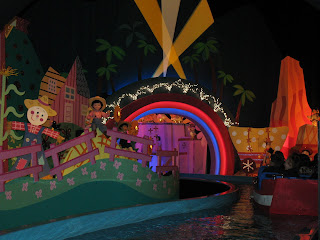 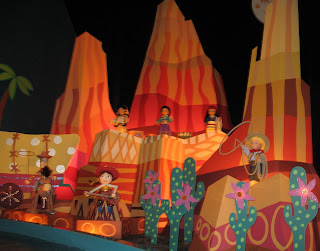 Small World has always been a favorite of Rachel's, and she always wants to go on it. And for at least a few more times, it'll be fun to go on and look at all the additions we missed!
at March 02, 2009

Thanks for the review and the pictures. I was wanting a sneak peak at the new stuff. I was worried I would not like the new stuff and really miss the old ride that I am used to. We are hoping to get there this summer again and will have to make sure Its a Small World is on the list of must ride, in spight of Dale's protest of the ride. (it is the catchy song that gets to him)

Fast forward about 20 years to last summer when we were there in CA & rode it again at Disneyland. It was such a neat thing to take my kids on the ride & see if it was still the same after all those years. It was! And my kids loved it, too!

It's good to hear that, even w/ the additions, it's still a great classic ride!

It is a good ride! Rachel loves it. And I bet, Joy, when you take Aiden, he'll love it too!